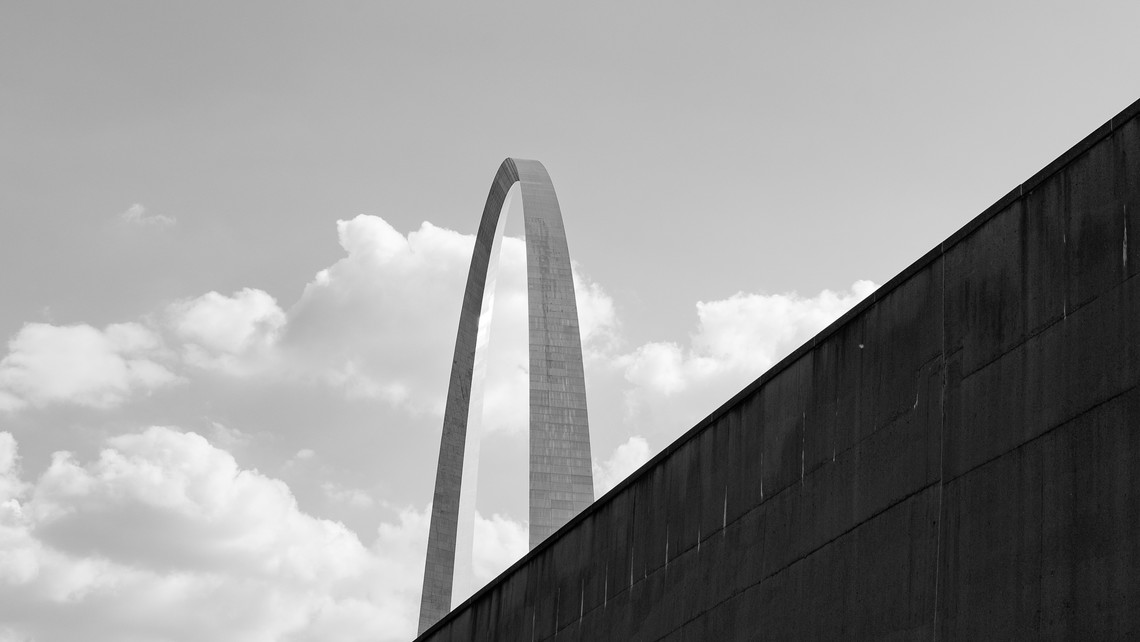 Thanks to all of you who participated a week ago on Sunday evening when we prayed the Rosary before the Blessed Sacrament, with the intention of honoring our city’s patron, St. Louis IX King of France.

St. Louis reigned from 1226 until his death in 1270, the period of time of what is called the High Middle Ages.  This relatively brief period of Christendom is regarded by Christian historians and the pinnacle of human history when Europe was for the most part internally at peace; when Catholic art, theology, and jurisprudence was in fullest blossoming; when Catholic fervor was universal.  One reason for this great flowering was indeed the personal holiness and heroic virtue and leadership of St. Louis.  When St. Louis was just a boy, the Queen Mother Blanche took special care to instill in St. Louis a religious heart.  She took him every day to recite the services of the Divine Office (in Latin of course!) and to attend two Masses each day.  He continued this practice as an adult, avoiding amusements such as hunting and other popular game, instead preferring to attend Mass at least once a day.  He was a brilliant student, mastering all disciplines proper to an educated man of his era. 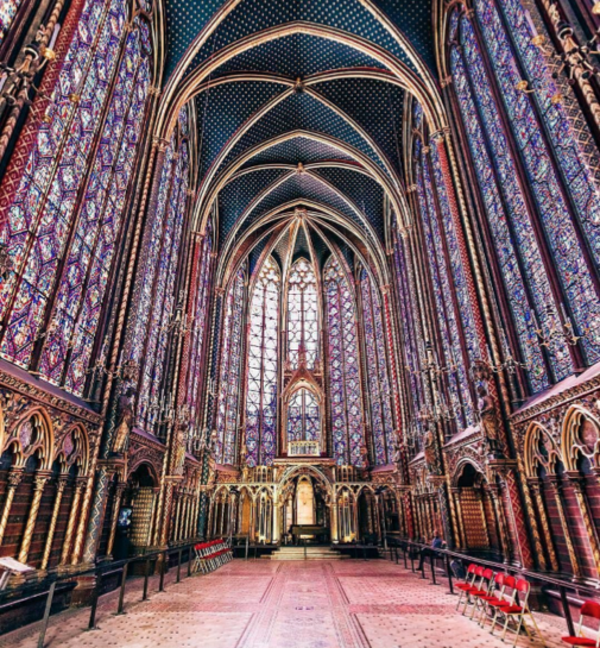 St. Louis established the Theological College of the Sorbonne (1253) at the University of Paris, where the brilliance of St. Albertus Magnus and St. Thomas Aquinas made it the greatest university in the world.  During his reign, the Cathedral at Amiens was completed, and the Cathedral at Reims and Notre Dame in Paris were well underway. In consultation with St. Thomas and other great thinkers at the university, St. Louis instituted reforms to establish justice in his kingdom.  He reformed the tax system.  He established the principle of presumption of innocence.  He abolished the superstitious practice of trial by ordeal, instituting trial by jury.  He commissioned the building of churches, schools, monasteries, universities, hospitals, orphanages, hostels for the blind, homes for widows.

St. Louis was a brilliant military strategist and negotiator.  So respected was he that no sooner had he bested the English King Henry III at the battle at Taillebourg (1242), thus firmly securing large disputed areas of northwestern France that had been claimed by the English, St. Louis convinced Henry to conscript recruits for the Sixth Crusade, to recover the Holy Land from the Turks and to aid the Christians who were living there under harsh conditions of religious and societal oppression. In the following years, Henry III would ask St. Louis for assistance in administering justice on his behalf in his own country. It was not long before foreign princes and monarch asked St. Louis to arbitrate their international disputes.

The Emperor of Constantinople, too, so revered St. Louis and admired his piety that he gave to him the Holy relic of the Crown of Thorns, for which St. Louis had built the most extraordinary example of the “Rayonnant” (literally “radiating”) style of French Gothic in his palace chapel, Sainte Chapel (completed 1248).

There is much more to be said about St. Louis, but I cannot condense it to one page. Present-day criticisms of St. Louis are due to a lack of knowledge of history and a failure to understand the Medieval Era.  We would do well as Catholics of the City of St. Louis to ask for his intercession at this time of confusion, and to pray for the holiness and wisdom of our local, state, and national leaders.