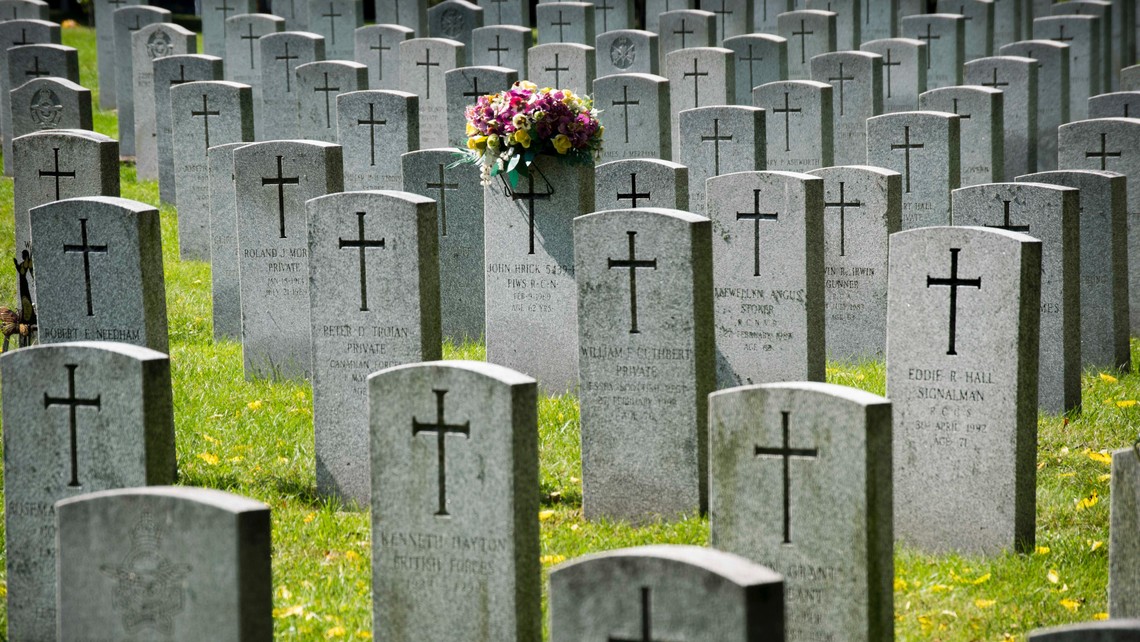 I have been taking some time off. On Sunday October 24, we had the Gospel reading about Bartimaeus who was born blind and who was cured by Jesus. I spoke about miracles and healing prayers. I brought up an example of one miracle that occurred early in my priestly ministry, when Debbie Pecher, the school principal at Saints Joachim and Ann, made a truly miraculous recovery from a step infection in her body.

I ended the homily with two observations: First, that for some miracles of healing to occur, we must pray over the person in a similar manner used for exorcisms, commanding all that is in the person’s body which is not lined up with the Word of God to be washed away by the Blood of Christ and sent to the foot of the Cross. Second, there are times we get miracles, and there are times we don’t, and that all we can be certain of is that God stands by us and remains with us during our prayers.

The result is always an increase in love. 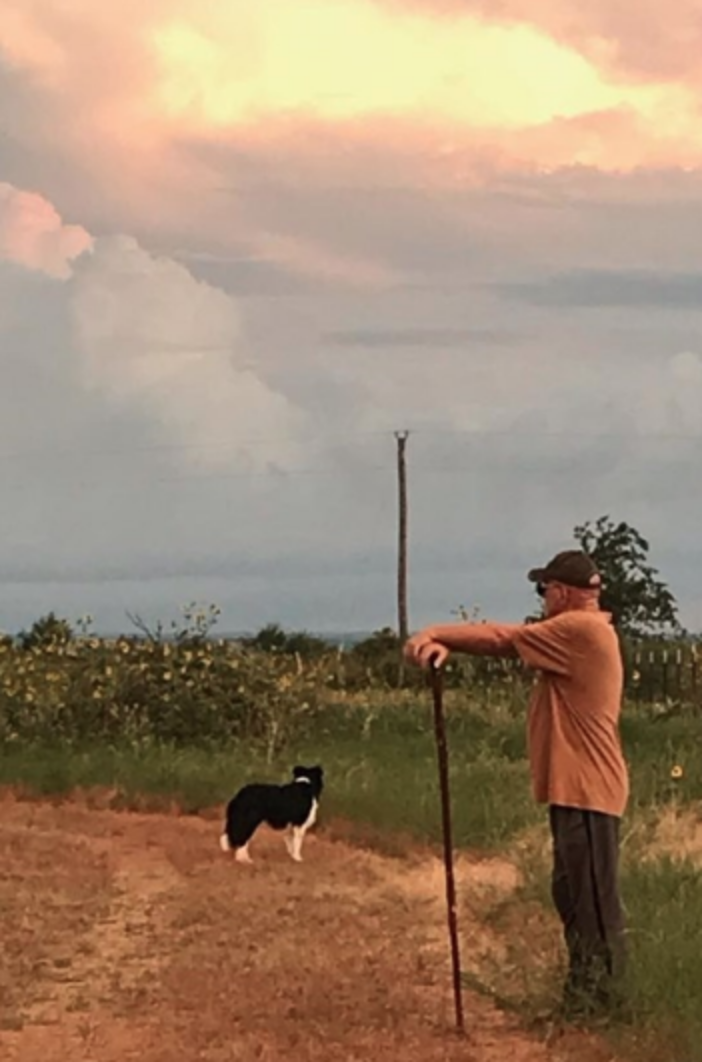 From Monday November 1 through Wednesday November 3, I was in Brownwood, Texas to prepare one of my very best friends for eternal life.  I knew Matt McConnell for about seven years. We met on a chat board to help foster community amongst people with Asperger’s. Despite our very different backgrounds, we really hit it off. He was from a very broken family and left home as soon as he could. He joined the Navy and worked on a ship which was a central command post for Naval intelligence. He spoke with the thickest amalgam of southern dialects you could imagine. He was physically strong, low maintenance, loved the outdoors, and by nature was a man of the earth. Calculating his future prospects, he got a degree in library science and became chief librarian for the town of Brownwood, Texas, where he modernized the library. In the meantime, he managed and then inherited a cattle ranch and spent his free time reading political philosophy and teaching his border collie Rebel to manage the ranch when he was gone. (Matt was teaching Rebel the alphabet just before he died.) He was able to manage his money in such a way that he could retire from his library job when he was 55, about four years ago.

Matt and I spoke on the phone at least once a week, and often for hours. He was brilliant. He was a self-taught political philosopher. He recommended books for me to read. He was a gifted writer. His memory was stupefyingly detailed. His ability to analyze contemporary events and also to write about them (he would post his ideas on various websites) caught the attention of a number of prominent conservative commentators who would then sometimes consult him for his opinion.

Having Asperger’s, he had a difficult time with the idea of having a relationship with God. Even though he was raised Catholic, he had put religion to the side because he couldn’t grasp how to have a relationship with a spiritual entity. Nevertheless, through our friendship he gravitated back to his Catholicism. He started praying the rosary, and even though he couldn’t stand the institutional church, he once more grasped the beauty, truth, and (for Matt, always a practical person) the reasonableness of the religion of his birth. He once posited that Catholicism could even be understood in light of evolutionary, since his study of world cultures convinced him that the Catholic way of life, both for the individual and for those societies which honored and implemented the truths of the Faith, was best for the survival and flourishing of the human species. That was a Classic Matthew argument: Take two subjects as distant and diverse as religion and evolution, and combine them in a way that destroys atheism and grants victory to what is truth and good.

Matthew never smoked. Neither did Matt’s parents. However, both died of lung cancer. For that reason Matt made certain to get a chest X-ray every year. Last June, the doctors found cancer in his left lung. He began the standard protocol recommended by M. D. Anderson, and after three chemo treatments, the cancer was completely eradicated. 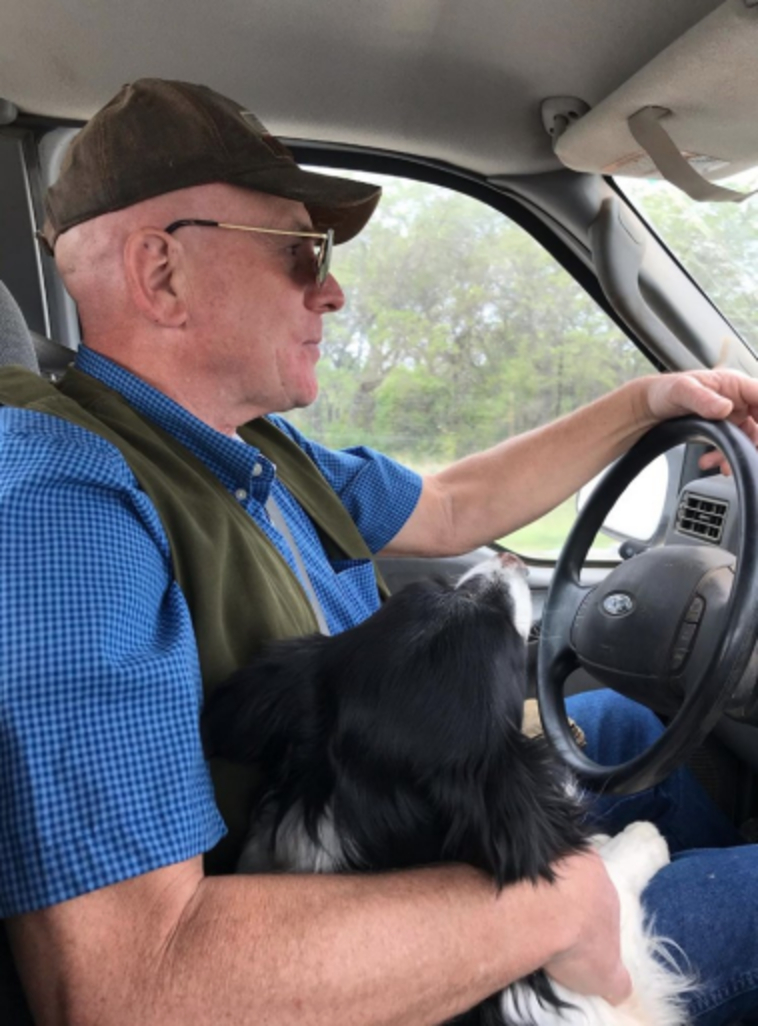 As a kind of insurance that the cancer would never return, he was given a round of the immunotherapy drug Keytruda. He began to experience back pain and lethargy. We all thought that was a side effect of the Keytruda. Still, he was getting worse. When Matt had his PET scan October 13, the results showed that the cancer had resurfaced in both lungs, his bones, and his brain. Apparently for Matt, who had many autoimmune sensitivities (which are often comorbid with Asperger’s), the immunotherapy drug caused his immune system to go into shock, allowing the cancer to return without any impedance.

Matt and his wife Lynn hoped to get him back into chemotherapy, but he deteriorated too rapidly for that. The last time I heard his voice was when I was speaking to his wife Lynn on the phone the evening of Sunday October 31. In the background, I heard Matt’s voice: “Father Noah, Last Rites! Last Rites!” I booked a flight to Dallas for the next day and drove three hours by rental car to get to the hospital in Brownwood.

When I entered the hospital room, Matt’s speech was slurred and he was visibly weakened. This was the first time I had met him.

The man I knew to be about 6’ - 2”, built like a rock, with a don’t-mess-with-Texas shaven head and fierce brow was now reduced to a desiccate figure, short of breath, and emaciated. Tears rolled down his cheeks when he saw me. I stayed with him all night. The next day I anointed Matt, gave him the Apostolic Pardon, and gave him Holy Communion, probably the first communion Matthew had received in over forty years.

Matt left the hospital on hospice the morning of Friday, November 5, the Feast of the Elizabeth. He died that afternoon at 3:09 p.m., with his wife Lynn and dog Rebel next to him, which is exactly where he wanted to die, and with whom he wanted to die. There was no miracle of physical healing for Matt. In fact, quite the opposite. Everything went wrong. However, Matt had a blessed death. Matt invited his family, estranged from him for many years, to come visit and to let bygones be bygones. He died believing in God. He died in the arms of the Church, with the sacraments, the Apostolic Pardon, and Viaticum.

I miss Matt terribly. I have many regrets. I wish I had phoned him more. I wish I had visited him on his ranch when he was healthy. The lesson for me is to take advantage of the time I have now to love my family and friends, and not delay. With Matt’s passing I have lost four wonderful friends in 2021: Bob Hollander (Dante scholar from Princeton, age 88), Thomas Gordon Smith (Architect from Notre Dame, age 75), Michael Ewbank (Catholic philosopher from seminary, age 75), and now Matt McConnell (self-taught redneck and philosopher, 59). Outside of some of you whom I know from the parishes I’ve served at, I now have no one to talk to about various intellectual subjects.

As our friends die, so, too, we die, a bit at a time. Each friend takes with them a part of us. Until we find ourselves, like Job, all alone, with little more than our naked self and God left. We feel a persistent longing to be with those who have left us for the next world. Such a temptation! If we remain here below, we remain for a reason. Just the same as, if our loved ones are taken from us, they are taken for a reason.

It’s a hard saying. We cannot prove the truth of it through reason or philosophy. But life experience proves it to be an unavoidable conclusion.

Because Matthew was a man of the earth who called it like he saw it, Matt knew what was real and what was not. And sometimes, reality really hurts.

I asked Matthew to give me a sign when he died. He didn’t. I’m a bit peeved at him! But neither he nor I have ultimate control over such things. Graces of an extraordinary nature which pierce the veil between worlds are granted only at God’s discretion.

A thousand prayers do not equal one act of abandonment!

St. Justin Martyr was a Christian teacher and writer. Born around A.D. 100, after dalliances... END_OF_DOCUMENT_TOKEN_TO_BE_REPLACED

It’s Sunday evening in the church. We have Adoration of Jesus in the Blessed Sacrament. Jesus is with us. Even... END_OF_DOCUMENT_TOKEN_TO_BE_REPLACED

I heard a word that’s new to me: “SHARE!” Daddy said that word to me a few times lately, once when... END_OF_DOCUMENT_TOKEN_TO_BE_REPLACED