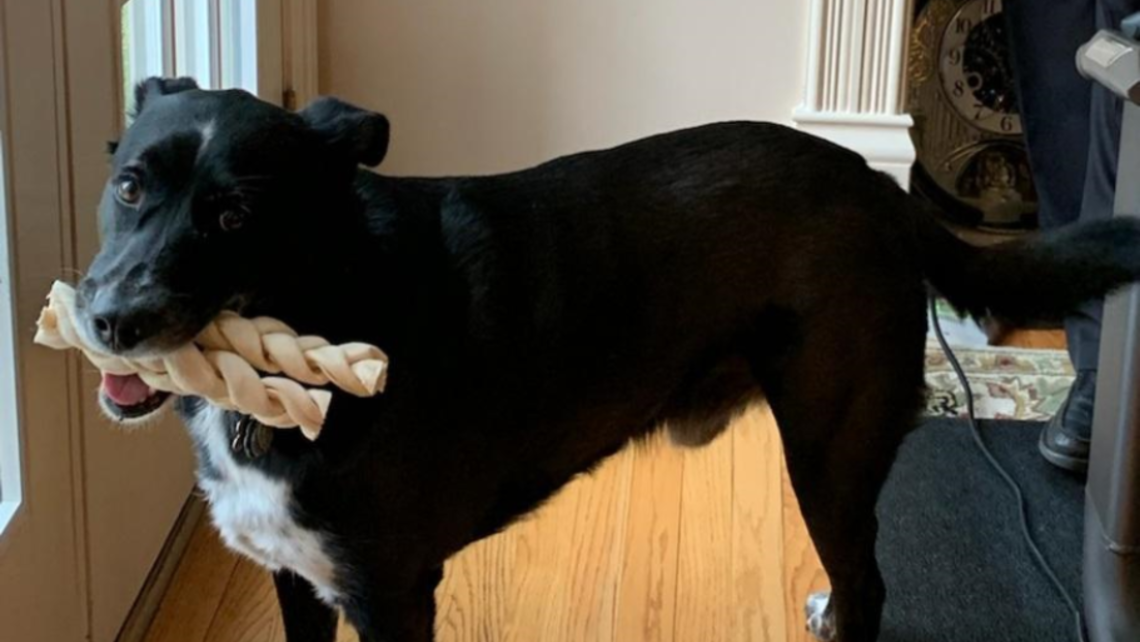 I heard a word that’s new to me: “SHARE!” Daddy said that word to me a few times lately, once when I was playing with Shannon the West Highland Terrier, and another time when I was playing with Rusty the Goldendoodle. I don’t know what the word “share” means. But what I do know is that I want ALL THE BONES! Yes, give me all the bones! Mine! Mine mine mine! WOOF!

A week later, Rusty and I were both given a different kind of bone. I really liked this bone! So I wanted Rusty’s bone, too. That’s why I took it from him. Rusty cried and wanted the bone that was once his but was now mine. I growled at Rusty and I got my way. MINE!

Besides, I can almost get anything I want from my Dad. Though I know that if Daddy is eating and I try to get his food, he will bop me on the nose and say, “No!” I’m not certain, but I think that means Daddy is a tougher dog than me. So he gets to eat his food first. That makes me wonder...

Why would my Dad actually give me food? Well, first of all, if Dad didn’t give me any food, I would starve! Since he enjoys my company and wants me around, and since all the food is out of my reach, he really has no choice but to feed me. But the second reason I think is more important. You see, after Dad feeds me, and I am full and the food was so yummy, I am so happy! So I make certain to thank him! My canine heart bursts with gratitude! Sometimes I jump on him, sometimes I kiss his face, other times I give him my paw. Maybe that’s the reason why he feeds me, because I tell him, “Thank you!”? I’m not certain, I don’t speak human. But this I do know: If Shannon or Rusty were ever to ask me nicely to get their bones back and to say thank you, I would eagerly acquiesce to their well-bred overtures. But crying and groveling?

Such behavior I cannot abide in a dogfriend. It’s a dog-eat-dog world out there — so, doggos, show some self-respect!

I don’t mean to be a pessimist! Rather I am, like Benedict XVI, a realist.... END_OF_DOCUMENT_TOKEN_TO_BE_REPLACED

Not too long ago I was asked by a parishioner, “Father, what are the ‘Rogation... END_OF_DOCUMENT_TOKEN_TO_BE_REPLACED

It’s Sunday evening in the church. We have Adoration of Jesus in the Blessed Sacrament. Jesus is with us. Even... END_OF_DOCUMENT_TOKEN_TO_BE_REPLACED

Good Stuff For Lent or Anytime

We have a wonderful resource of study for Scripture, Church teaching, Church history, and all sorts of docu- mentaries on saints, professionally made. It’s... END_OF_DOCUMENT_TOKEN_TO_BE_REPLACED