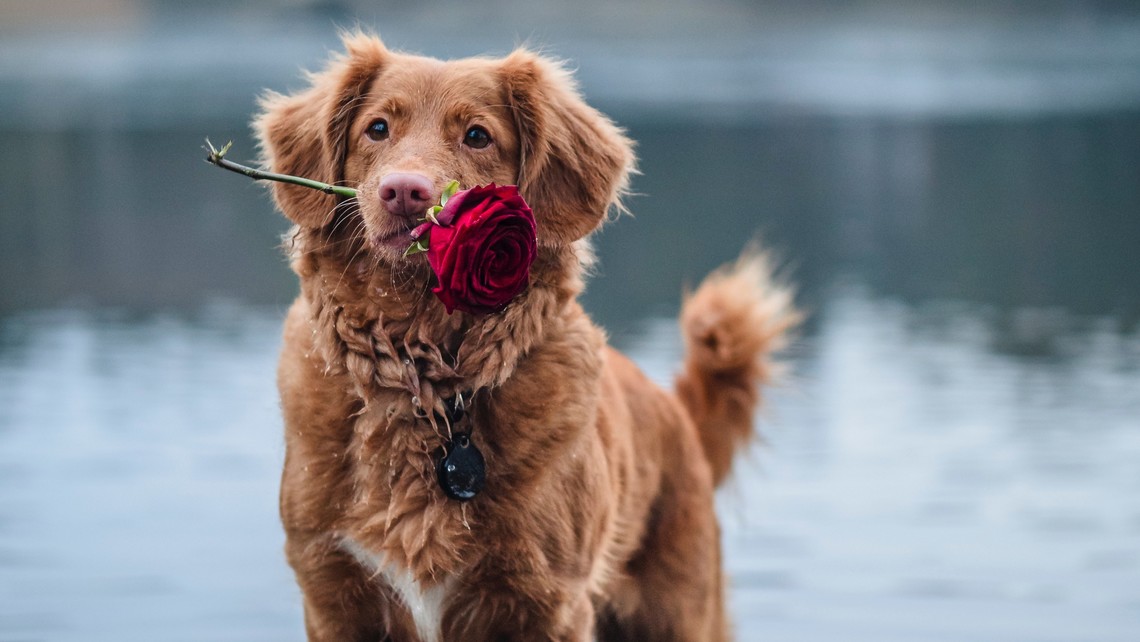 Is it really unconditional love? While I have no doubts that my dog loves me, I do have my doubts that his love for me is actually unconditional. Faithful? Yes. Trusting? Well, considering how upset he gets when I have to leave him, I would say not. Affectionate? Absolutely. Ungrateful? No, not at all. But unconditional? 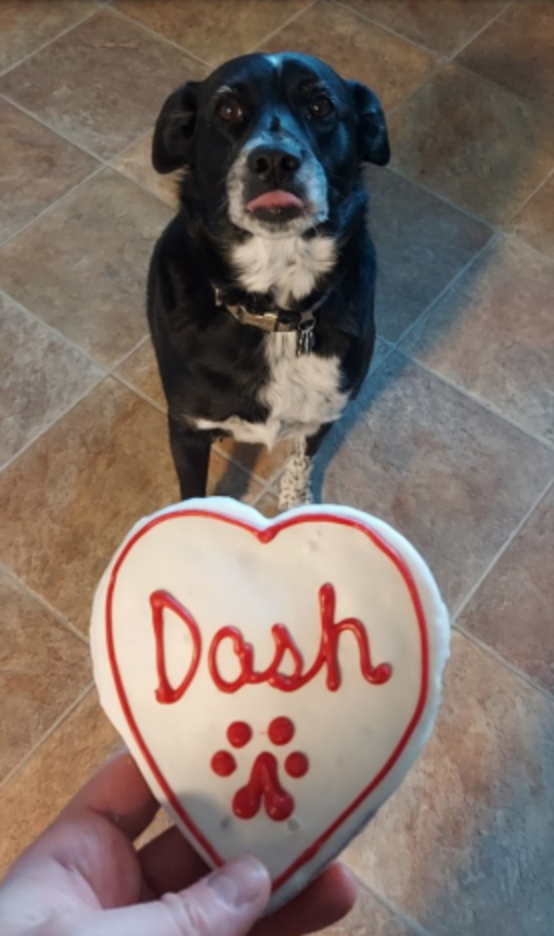 If I give Dash attention and affection, if I play with him, do my best to interpret his wants and needs (for example going outside at 2 a.m. or going to the church because he knows that once there he can get a cookie from George or a parishioner), and if I continue to give him treats at the proper times, then indeed Dash shows me a lot of affection and love.

However, if I were to ignore Dash, not play with him, or yell at him for doing things that are instinctual to him; or if I were to leave him for long periods of time all by himself; or if I were to ignore his desires to go outside at 2 a.m. or to go to the church or to have a treat, then what would happen is that—in time—his love for me would begin to run cold. He would understand that my care for him is minimal. He would, in kind, return minimal affection.

And rightly so. Because love does not mean “never having to say you’re sorry,” as was said in that terrible movie and novel, “Love Story,” but what love does mean is that there is certainly communication, and a degree of proportional give-and-take, an understanding that by each party involved that love must be patient and kind because creaturely love is imperfect. If one person in a love relationship is doing all the giving, and the other is doing all the taking, the love relationship will die.

In proportion to the love I show to Dash, he has responded with changes in his behavior over the years. He used to disobey my commands to come inside when it was time to stop playing. He used to move himself away from me in the bed if I tried to cuddle with him. He also used to pout when he didn’t get what he wanted when he wanted it. Things have now changed. He is far more obedient. He understands that pouting isn’t a good response to not getting what he wants, so instead he knows to lie quietly. He also allows me to cuddle with him in bed, so much more in fact that it’s quite possible he even likes it now. At times it seems he tolerates it because he knows how much I enjoy holding him, and I know how much he needs his space. Now that’s interesting, to think that Dash allows me to show him love in a way I want because he knows it makes me happy, even if he’d rather some other form of communication. 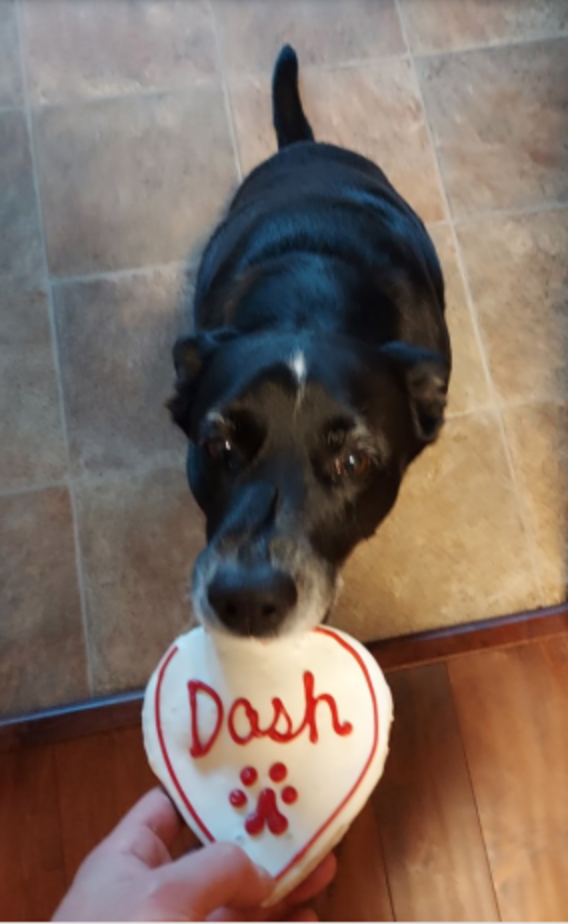 In the end, what I take away from my relationship with my dear pet is a nuanced understanding of God’s love for me (and perhaps for all of us): When we say that God’s love is “unconditional” we are speaking in a very absolute manner, indicating that God will always forgive us of our sins if we confess them. However, in the day-to-day relationship we have with God (which we call “the spiritual life”) what we learn is that God’s love for me is in fact very conditional. It depends on how I have chosen to respond to the love God has given to me so far. If I show gratitude (which is, by the way, one of the greatest natural attributes of a dog, hence why having a dog can be so edifying), then the manner God chooses to next show his love for me will manifest accordingly; if I were to show in-gratitude, then the unfolding of God’s love for me will indeed be very different. If you think I am wrong in this, then pick up Scripture—anyplace in Scripture actually—and what you’ll discover is that this is exactly the way God behaves with his creatures! This does not, however, mean that God is predictable in his ways, since as we know full well from the Book of Job that God’s love sometimes seems anything but love—it feels and seems even cruel at times—and this is a very great mystery which finds its meaning in the Cross, though its resolution won’t be felt until the next world (which is why the only satisfying “answer” to the Book of Job is actually the Book of Revelation).

Now back to Dash. If there is any party in our relationship whose love approximates something of non-conditionality, that would be the love I show him! For example, Dash has not idea that my office is decorated with about a half-dozen pictures of him. He has no idea how much I pay for his food or how much it costs for me to let him play at doggie day-care. He hasn’t any idea of how much I brag on him to my family and friends or share pictures of him to others (certainly, Dash has never done such about me—unless he is able to communicate such accounts of me to his friends at Rosie’s Doggie Daycare which, if he could actually do that, would certainly blow my mind). And look at this wonderful Valentine’s Day cookie that was given to him as a gift by one of our parishioners—personalized and everything. And he has no idea! Or does he?

Meanwhile, God shuffles around his office in heaven looking for papers and consulting his schedule, and he takes a glance around. Over there on the far wall is a picture of you that he has from when you were conceived. On another wall is your baptism. There on the table is a triptych of something you did that hurt another of God’s children, and in the middle picture you hear God’s voice, and in the third image you apologize with tears and confess your sins—God loves those three pictures very much! And maybe today he sends you gifts, especially monogrammed for you, things marked with signs that maybe only God can see, but which he wants to give you anyway. You’ll have no idea, perhaps, what God is giving you to show you how much he loves you.

I don’t mean to be a pessimist! Rather I am, like Benedict XVI, a realist.... END_OF_DOCUMENT_TOKEN_TO_BE_REPLACED

Not too long ago I was asked by a parishioner, “Father, what are the ‘Rogation... END_OF_DOCUMENT_TOKEN_TO_BE_REPLACED

It’s Sunday evening in the church. We have Adoration of Jesus in the Blessed Sacrament. Jesus is with us. Even... END_OF_DOCUMENT_TOKEN_TO_BE_REPLACED

I heard a word that’s new to me: “SHARE!” Daddy said that word to me a few times lately, once when... END_OF_DOCUMENT_TOKEN_TO_BE_REPLACED